And So I Choose Freedom to Love 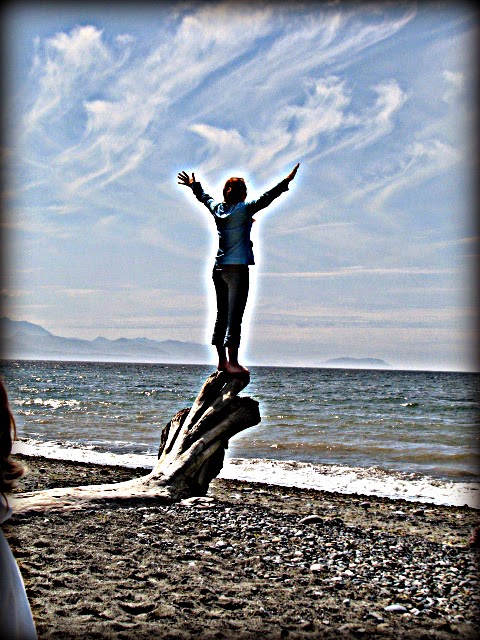 You say being your brand of Christian (which, of course, is the True Christian™) is so much better and fulfilling and joyful and free. But I'm not so sure.

Your christianity says "Women submit to men and must be under their authority and have restrictions on what they can do for God and humans, roles they must fulfill, and anything outside these roles is sin and less-than."
But without your christianity, I am equal with my husband and have no restrictions on how I can serve God and others. I and my daughters are free to follow our hearts and dreams and be who we want to be, who we were called and created to be.

Your christianity says "Men must be assertive, leaders, and fit into this box in order to be acceptable as men".
But without your christianity, my husband and sons are free to be whomever they want, and to live their lives without restraints, and to love without boundaries, and to be feeling human beings, and to not worry about being labeled as "not man enough".

Your christianity says "Children must be smacked in the name of God or they will turn into perverts; they were born wicked and it must be trained out of them".
But without your christianity, I am free to treat my children as people, with rights, desires, and minds; free to see them as innocent and beautiful and to treat them with respect and grace and The Golden Rule.

Your christianity says "There are restrictions on gender display and anyone outside that is unacceptable, an outcast, a second-class citizen, an abomination."
But without your christianity, I am free to express my gender however I want and free to love and fully accept people who also do so.

Your christianity says "There are tons of rules and restrictions and laws on how you are to think and act and if you fail those, you are in sin and must repent and if you don't repent, you'll go to hell".
But without your christianity, I am free to live and love and laugh and dance, and to only make sure to treat others how I want to be treated, to respect, love, and honor myself and everyone else.

Your christianity says "If your child is gay or transgender, they are an abomination and a sinner".
But without your christianity, I am free to love and accept my child exactly as they are.

Your christianity says "Everything that goes against what our Bible says cannot be true and must not be considered; you must close your mind to every other idea; they are works of Satan to deceive."
But without your christianity, I am free to think critically, to consider all ideas and evidence, to open my mind to all kinds of incredible possibilities, scientific discoveries, historical perspectives, and interesting philosophies, without feeling threatened by them. To see God as so much bigger than the boxes we put Him in, and His creation as "very good".

Your christianity says "Everyone who disagrees is going to hell".
But without your christianity, people are free to be tolerant and kind, even in disagreement, and live not out of fear of punishment, but out of love of people and life.

Your christianity says "Fear and suspect everything from 'The World' " and makes everyone your enemy until proven otherwise, until they join your club and agree with your religion.
But without your christianity, I am free to live with wisdom and discernment, without fear and suspicion, proving what is good and throwing out what is not.

Tell me again why I would want to give up a full life of freedom and love and acceptance and inclusion? Tell me again how your "christian" life is better than my "heathen" one, how your restrictive relationships are better than my inclusive ones? How is anything you are teaching Good News for me? How is the picture you're painting attractive in the least and why would I want anything to do with it? Because, Hell? Is that all you got? It's not really enough for me anymore.

A kingdom ruled by money and fame, kept intact by control and by keeping many of it's citizens at second-class status, shunning people declared not good enough for any number of arbitrary reasons. Top-down power and corruption everywhere. Fighting over everything. Don't question, just obey. Patriarchy. Abuse covered up, victims ignored or blamed. Fear used to control and manipulate. Oppression. Power-hungry leaders lining their pockets with money of the poor. People told to conform to the status quo or leave. "The least of these" squashed, dismissed, or used as pawns in political games. The strong preying on the weak and shooting their wounded. Intolerance and bashing, all disguised as "love" but looks nothing like any love I've ever wanted. Persecution complex. War against those different. People declaring they are special and better than and set apart yet acting worse than the people they think are not as good as they are.

These are what I see when I look at the Church in America. This is what drowns out the people who are still trying to actually follow Jesus. So much ugliness, I am ashamed to call myself Christian. I can't do it anymore. I refuse to associate myself with that label. It is no longer my identity. It only brings up ugliness in the minds of the culture around us (and in my own mind), not love or peace or humanness. Everything is so backwards of what it is supposed to be, what it once was. I am heartbroken and angry and so very done. I love Jesus, and I try to love people. But I cannot in good conscience call myself Christian any more. I'll just be over here, living, trying to love others though imperfectly, but with inclusion and tolerance. Trying to wade through the mess that is my spiritual journey, authentically and with honesty. Trying to raise children who will not perpetuate such pain, who will make the world better, who will fight for the weak and downtrodden, instead of self-righteously stomping them into the ground like my generation has done. Please, don't try to "convert" me. Don't offer empty cliches, I've heard them all before. I used to use them myself. Don't quote Bible verses at me, I can out-quote you and I flat-out don't care. I want nothing to do with American Christianity, though I love so many of you still a part of it and that won't change one bit. I understand why you stay, you beautiful people with hearts of gold. But I cannot stay where I am not welcome, and the people I love are not welcome because we do not fit into neatly labeled boxes. I hope you can understand that too.

I choose love, joy, peace, kindness, honesty, justice, mercy, redemption, equality, and inclusion. It's all I can do anymore.

I am Your Parent, The Psycho

This meme has been popular around Facebook lately. I'm sure you've all seen it: 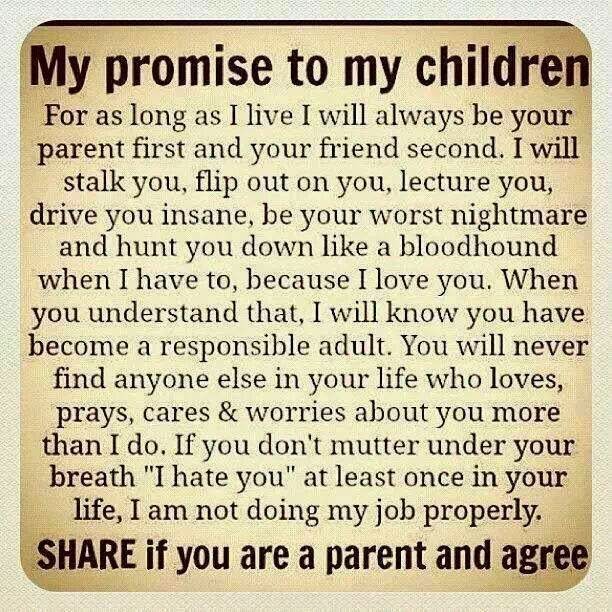 It disgusted me, so I wrote my own version that displayed the kind of healthy relationship I want to have with my children, and my friend Joanna made this with it: 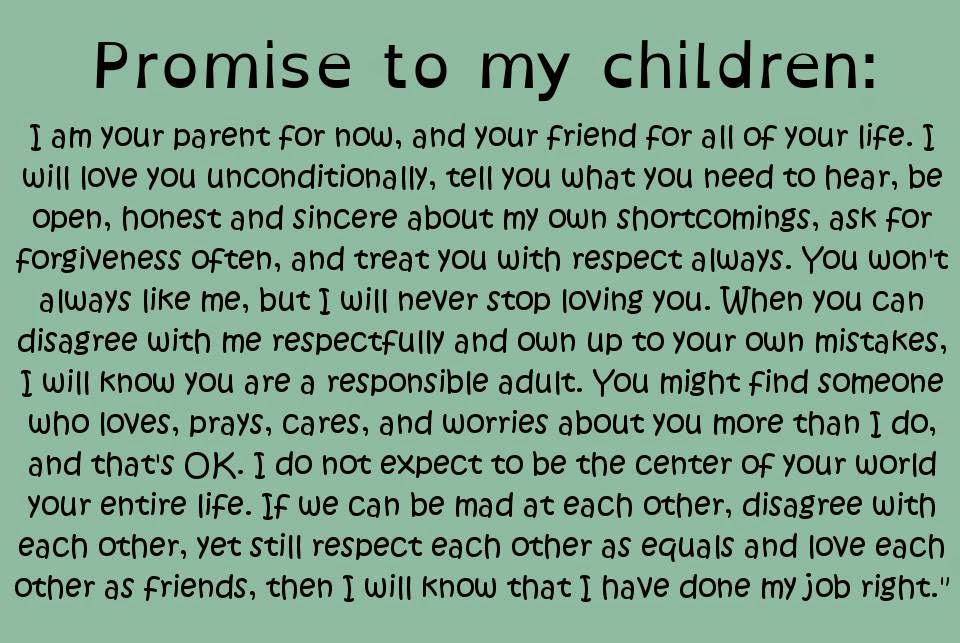 I like my version better.
Posted by Darcy at 3:54 PM 6 comments: