Of Homeschooling and Cohort Effect 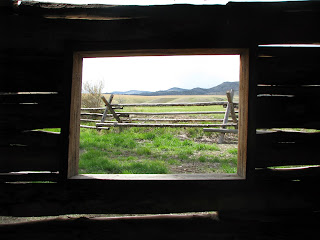 Sometimes I feel like I'm from another country. Or maybe another era. I'm a child of the 80's, yet I know nothing about being a child of the 80's. I can't relate to pop-culture references and feel awkward when people my age laugh about something I'm supposed to know about but don't. I see funny posts entitled "You Know You Grew up in the 80's and 90's When...." and I get maybe 2 references in the entire article. Sometimes it's funny and I laugh at myself. Sometimes it's frustrating. Sometimes I sit in a group of people and wish I knew what they were talking about, wish I had that camaraderie they all seem to have, wish I didn't feel like an oddball, like I will always be an oddball. Sometimes I like being an oddball, when it's of my own choosing. Sometimes I wish I had a choice in the matter.

I'm studying all kinds of fascinating things as I'm finishing the last half of my BA in liberal studies. The psychology and sociology-related classes are my favorite. I came across this word and concept a few weeks back: Cohort. And suddenly, things started falling into place in my head; ideas with a lot of gaps and holes and flashes of pictures started forming and making sense, like pieces of a puzzle that were missing but aren't anymore. Cohorts.....cohort effects......and it hit me:

Homeschoolers are basically their own cohort.

No matter what part of the country we are from or how old we are, we experience a cohort effect that other people in our age group do not. Even though all people from our generation are technically in the same age cohort, homeschoolers are actually in their own cohort with their own sociocultural-graded influences that the rest of our culture did not experience. We often joke among us that we were our own sub-culture. But I think it's deeper than that.

I was asked as an essay question for a class to write a couple paragraphs on how cohort effects have shaped my worldview on things like politics, gender, science, and religion. And I thought, where do I even start? I'm not just in the cohort that was born in middle class white America in the 80's. Matter of fact, I have very little relatability with anyone in my birth/generational cohort because I basically grew up in a completely different cohort.

Oxford Reference describes "Cohort" as:
"A group of people who share some experience or demographic trait in common, especially that of being the same age ..."

The Psychology Dictionary defines "Cohort Effects" as:
"The effects of being born and raised in a particular time or situation where all other members of your group has similar experiences that make your group unique from other groups"

The cohort effect is something that must be taken into account when studying developmental psychology or lifespan development, because something could be erroneously attributed to an age group that actually describes a cohort, a group of people that shared specific happenings, demographics, or historical events. This article has a very good, simple example of this effect in studies, and why it matters.

Those of us who were part of the pioneer Christian homeschooling movement, no matter how extreme or not, no matter where on the spectrum of conservative to liberal we were, we relate to each other in ways we cannot relate to the rest of our age cohort. In reality, we experienced history differently. We had our own culture and our own leaders and our own historical events that the rest of America knew nothing about, but that were very important to us. They defined us and we were proud of that. It's not the fact that we were all home educated that creates this dynamic. It's the fact that we were all part of a home education movement that was not just counter-cultural, but *anti* cultural. We were raised in a movement with varying degrees of the same teachings and varying degrees of sheltering, for all the same reasons. We were, most of us, raised under the influence of the same leaders.

Find me a religious homeschooler from the 80's and 90's that doesn't know who Josh Harris is. Or has never heard of courtship. Or HSLDA. If you don't, you are the exception and your parents were probably hippies that didn't want government interference in their families so they homeschooled you in a bus on a mountain somewhere (like my husband. Heh.) Think about these concepts for minute and the pictures and memories they conjure up: Ken Ham, Abeka, Rod and Staff, homeschool conventions, the Pearls, modesty, denim jumpers, fear of going outside before 2PM, Bill Gothard, courtship, parental rights, I Kissed Dating Goodbye, evils of rock music, submission, Saxon math, biblical manhood and womanhood, women's roles, keeper at home, "what grade are you in?" "I have no idea", Creationism, ATI (either you were in, or you thought that at least you weren't as weird as the people that were), R.C. Sproul, Howard Phillips, quiverfull/huge families/ "are they all yours?!", Mike Farris, government brainwash centers (aka public schools), evils of dating, head coverings, fear of child-snatching CPS, evils of feminism, evils of sex ed, evils of Halloween, evils of pagan Christmas, evils of kissing before the alter, evils of peer pressure, homeschool co-ops, culottes, endless questions about how you get socialization and whether you do school in your PJs, skirts-only, Biblical Worldview, Republican conventions, government conspiracy theories, 15 passenger vans, no TV, Mary Pride, family bands with matching clothes, and King James vs. NIV. To name a few.

Not included in that list are the major historical events that we *didn't* know about or experience the way that most people in our age cohort did. The killing of John Lennon, the Challenger disaster (which I didn't know about until I was an adult), the fall of the Berlin wall, the massacre of Tiananmen Square, the Rodney King trial, Princess Diana. Not to mention the lack of knowledge of entire segments of history such as the Civil Rights Movement or the Suffragette Movement. We knew nothing of pop culture: music, movies, art, except that they were "worldly". These were deemed contemporary, products of a relativistic worldview, and thus worthless, while we studied the Reformation period or the Founding Fathers or the Civil War instead.

We are the products of a pioneer movement; the good, bad, and ugly. A movement many of us have grown up and left behind, some of us floundering in the world we are trying to be a part of now but were never prepared for because we were told we were not supposed to be "of this world". We have similar memories, both positive and negative. We look back on our own lives and we relate to one another, even if we've never met in person. Thanks to the internet age, we who thought we were alone and weird and oddballs have found each other, found people that are as oddball in all the same ways as we are. We have found that we are not alone in a culture we don't understand but pretend to anyway. We may be in similar or vastly different places in life right now. But no matter where we are in life, and what we believe now, we have a shared experience that no one else in our generation has.

This can be a difficult concept to share with other people. Last night I was out with some new friends and they were exchanging stories of their first kiss and getting in trouble for sneaking out or smoking or drinking or playing hooky, and when it was my turn, I said "Well, I got in trouble for wearing pants". The silence and stares were deafening. Had I said that in a group of ex-homeschoolers, there would've been laughter and rolling eyes and sympathy. Because we *know*. We get it. We lived it. We can laugh about it together.

Perhaps I'm using these terms all wrong and someone smarter than me can correct me. I just know that for better or for worse, the definition fits. And it really explains a lot.

Dear Parents, The World Does Not Have To Be Cruel 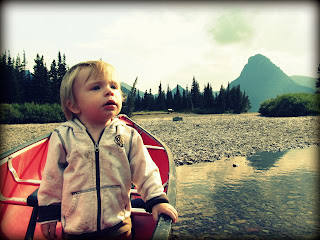 I think what our world needs is adults who were once children who know first hand what respect means because the adults in their life modeled it every single day. Children learn what they live, and they become the next generation to raise more children who learn what they live and the curse of authoritarian bullies that rule the world, turning it into a cruel place continues. What are we teaching them by our interactions with them? That the biggest and strongest can impose their desires on the weak? That leadership is about oppressing people? That the smaller you are, the less your desires and ideas matter? This is what I see when I look around me, at parents and children. This is the brokenness that will carry on to the next generation if we don't stand against it and show a better way.

I see parents getting patted on the back for making their teen stand in shame on the side of a road, holding a sign that says "I disrespected my dad". It is obvious to me where they learned such disrespect. But, hey, do as I say, not as I do, right? I'm bigger and that's all that matters? That seems to be the most popular parenting method these days. It is no wonder our world is cruel when the ones who are responsible for teaching respect and kindness are teaching shame and hatred instead.


I refuse to perpetuate the brokenness. To show with my life that the Golden Rule only matters if you are not a child. To prove by my actions that only the biggest are due respect. I prefer to teach my children that a person is a person, no matter how small, and that everyone matters. "Do justice, love mercy, walk humbly" begins with me, the mother, the molder-of-lives, the hand that rocks the cradle. It begins with us who, with words and actions, influence the next generation. It begins with how the powerful treat the smallest and weakest. And actions scream louder than our words ever can.