On Homeschoolers, Stories, and Dismissal 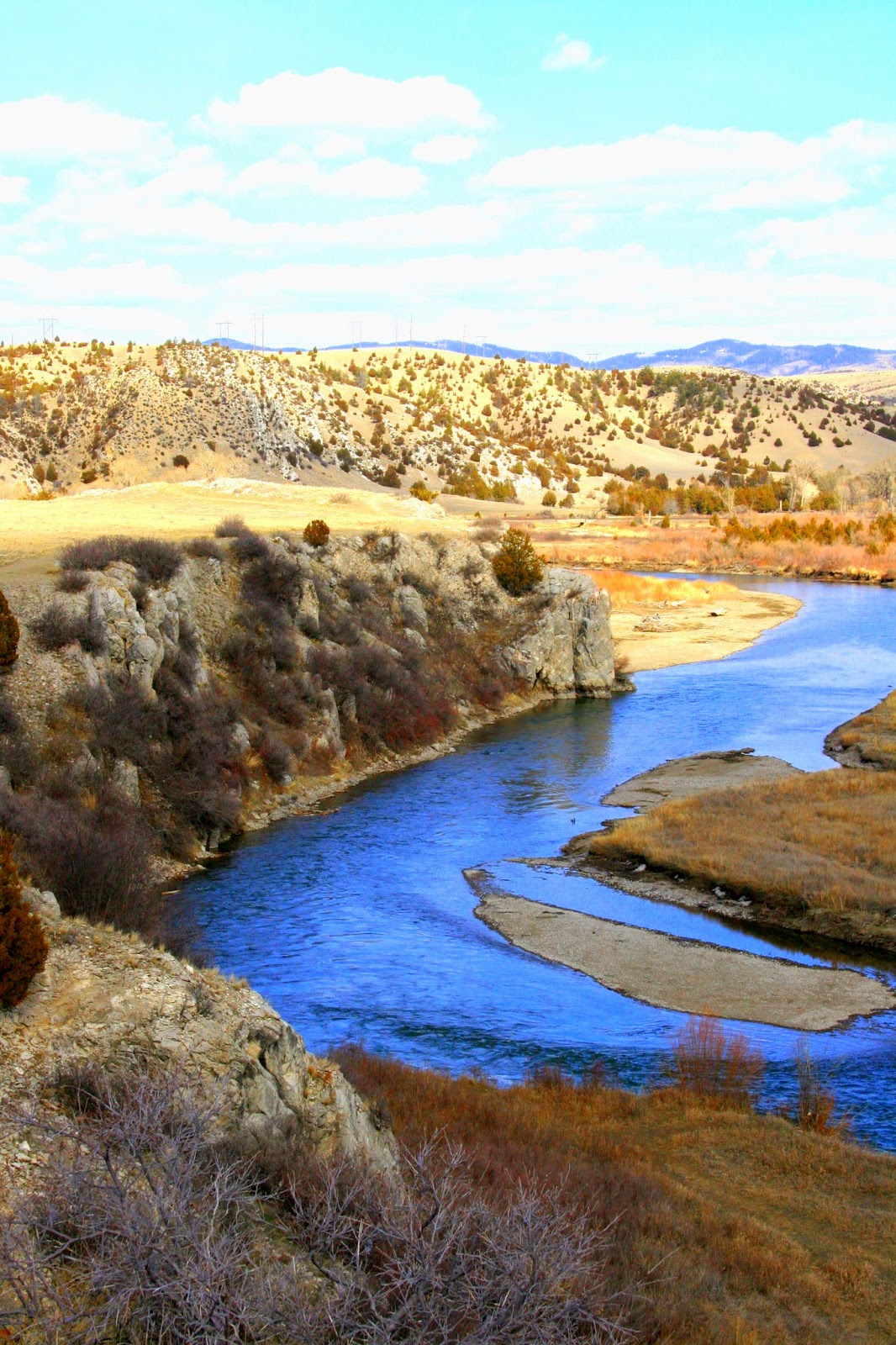 I'm not gonna lie, this is going to be harsh. I'm angry and frustrated and exasperated, and this post is the result of that. So don't come on to my comments and tell me how angry and emotional I am, Captain Obvious.

I was homeschooled. (I know, duh, right?) Most of my friends past and present were all homeschooled. Thanks to the internet, I have made connections with thousands of homeschoolers from all over the U.S. and Canada and a few other countries, some of whom I knew once in a former life, some I've never met though our stories sound the same. They are my cohort, they get me, we all grew up in this weird sub-culture that was varied yet similar. We are adults with careers, families, and lives. We have stories and we're telling them. Those of us who were lucky are standing in solidarity with those that were not. We are trying to get people to understand something complex and difficult, something most of us have had to wrestle with for years. To understand what went wrong when so many just wanted better for their families.

But many people aren't listening. Worse, they are trying to completely invalidate our stories.

People in our generation that either weren't homeschooled or they were homeschooled well, without all the crap that so many of us experienced aren't taking us seriously. People in our parent's generation treat us like children to be disregarded, discredited, and outright denied our stories and pain.

"Well, you're just bitter."
"You just want to rebel against your parents and God." (side note: how old do I have to be before I'm not "rebelling against my parents" anymore? And what happens if my parents now agree with me?)
"You don't have a spirit of gratefulness for everything your parents sacrificed for you."
"You should be honoring your parents not speaking badly about them!"
"Most homeschoolers aren't like that."
"Don't go from one extreme to another."
"Your abuse has nothing to do with homeschooling."
"How dare you link homeschooling with abuse!"

If you want examples of this, just go browse through the comments on posts on Homeschoolers Anonymous. The outrage and disbelief and dismissal is thick enough to slice with a knife. People comment in indignation on HA's Facebook page about the content of the articles printed there. "How dare you misrepresent homeschooling like this?!" (Because people telling their true life stories are obviously diabolically "misrepresenting" homeschooling.) These people don't care about the very real faces behind those stories. They only care that the image of Almightly Homeschooling is preserved intact while the inside rots in darkness and filth and brokenness because, oh, we don't want to talk about those things.....we only want to see the nice, pretty stuff. Nothing bad ever happens in Homeschool Land! Well fuck that shit. That's the
attitude that CREATED these stories and these broken lives and we are all so over it.

If you weren't homeschooled, don't tell me my experiences aren't valid. You have no idea what you're talking about any more than I would have any idea about things like prom, sports teams, or high school cliques. Don't tell my friends that the abuse they suffered had nothing to do with homeschooling. You don't know that. You have no idea the complexity that is abuse in homeschooling families. And if you're from my generation and are enthusiastically homeschooling your own kids, then it's even more crucial that you listen to people that grew up homeschooled. I don't see why you wouldn't want to. We lived the way you've chosen for your kids. We can tell you what we liked and didn't like, what worked for us and what didn't, which roads led to a cliff and how to avoid those. We're like this totally awesome resource that you can utilize yet the main reaction we seem to get from you these days is disdain and dismissal. You might want to rethink that. I pay rapt attention to people who were public-schooled so I know the pros and cons and what to watch out for with my own children. It's just common sense.

If you're a former homeschooling parent from our parents' generation, don't sit on your high horse and condemn your children for telling their stories. Don't deny their pain because you're too much of a coward to look into your own life and see how you caused it. Don't tell them not to speak badly of you when you acted badly toward them. Shut up about how much you sacrificed for them when they're bravely trying to explain that you hurt them. Just fucking listen for a change.  "But we were good parents!" you say. No, no you weren't. If you're telling your adult children to stop talking, that "it wasn't that bad" and denying their pain, you're shitty parents. I can't even imagine defending myself if one of my kids told me I hurt them. But then, I'm under no illusion that I'm better than they are or that my reputation matters more than their pain. Stop treating them as errant children. They are the age you were when you decided to homeschool them.

An entire generation of homeschoolers have grow up and they are telling their stories, the good, bad, and ugly. Most of us have lived our whole lives under crushing standards, expectations, and facades, and we are done. So done pretending. There a lot of successes and a shitload of failures that came from the conservative homeschooling movement and we will talk about all of them. Because information is power, empowering the next generation to help avoid the awful parts of ours. They NEED to know what went wrong, from the perspective of the guinea pigs. We alone can tell that part of the story, paint that part of the picture, speak from the very darkest places in our hearts about the parts that went so desperately, terribly wrong. What do people think? That we share the worst parts of our stories to billions of strangers on the internet for the heck of it? We share because WE FREAKIN' CARE. We care that others not go through what we did. We care and desperately want to save others from needless pain. This isn't some joyride we all decided to take part of. This shit hurts, and the derision we experience from family and friends is daunting, but staying silent while others suffer is a far worse pain than honestly exposing our own wounds.

Don't come on here and tell me how sorry you are that I had such a bad experience but I can't judge all homeschoolers by my terrible experience and blah blah blah. I didn't have a terrible experience. I was one of the lucky ones. My parents actually gave me a great education and loved us and didn't physcially abuse us, even as they were victims themselves of a spiritually abusive system that judged them as harshly as it judged us. Was I scarred from shit in my past directly related to homeschooling? Yes I was. And that's MY story, much of which I've told on this very blog. But I have sat and listened to hundreds of the stories of my friends who were not so lucky. I have held them as they cried and tried to put the broken pieces of their lives back together. I have written the stories of my friends as tears poured out of my eyes and onto my keyboard. I have heard unspeakable things that NEED to be spoken but no one knows how because they are too hard to face, because no one believed them, because people like you silenced them. I started college last year at 29 years old because my desire to help people heal from abuse is so great I decided to become a therapist so I could really help for the rest of my life.

I am so sick and tired of people trying to silence me and my friends. So let's get one thing straight: We will not be silenced any more. We aren't going away. We've discovered the power of large groups of pissed off people that have a lot in common, that have been silenced and controlled too long. We've found that it only takes one brave person to speak up to allow everyone else to be brave. You can discredit our stories all you like, ignore the frantic warning signs we are holding right in front of your noses, and keep on perpetuating mistakes on your own children. And when they grow up and write blogs like this and this and these, you will only have yourself and your pride to blame. We'll just be here to hug the survivors and give them a place to talk and an understanding ear to listen, and to keep on fighting for people as we've been doing all along.
Posted by Darcy at 5:43 PM 19 comments: