Parenting Beyond Religion ~ How Do You Know? 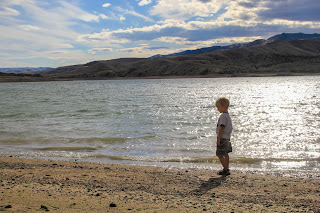 I’m reading an excellent book right now called Parenting Beyond Belief. It’s a collection of essays written by various people on parenting without religion and covers multiple topics related to parenting. One of the chapters stuck me as particularly useful given what my children and I have been discussion lately. The chapter was a letter written my Richard Dawkins to his daughter when she was 10. I found an online copy here and discovered it’s been passed around for a while now.

Dawkins starts by saying “Have you ever wondered how we know the things that we know? How do we know, for instance, that the stars, which look like tiny pinpricks in the sky, are really huge balls of fire like the Sun and very far away? And how do we know that the Earth is a smaller ball whirling round one of those stars, the Sun? The answer to these questions is ‘evidence’.”

He talks about three very wrong reasons for believing anything: tradition, authority, and revelation. I’m not going to talk about those today but I would encourage you to read the article as it is very good and helpful even if you aren’t a parent.

So the most important question I am teaching my children to ask when told something is true is “How do you know?”

My 4th grader came home last week saying a little girl in her class said that the world was going to end on September 27th because it would be hit by an asteroid. K, my daughter, was a bit concerned but still didn’t think that sounded quite right. So we got to have a great discussion about how to tell whether something is the truth or not. It went like this:

Then the rest of the kids and I talked about The Most Important Question: “How do you know?” And we applied it to all kinds of things, which got interesting when they discovered the Tooth Fairy isn’t real, which I didn’t actually know they didn’t know, but that’s another story.

We talked about how Moms can be wrong, so Sarah’s mom saying it doesn’t mean it’s right. We found a story on the internet about how a man said that God told him the asteroid would hit the earth on the 27th. I explained how that’s “revelation” and not a good reason to believe anyone and how he has no evidence for this at all. If the man has no evidence, then he could be lying or fooled or crazy. If the only answer to “how do you know?” is “God/Odin/Zeus told me”, that’s not good enough.

This is a very basic way to explain to children how to ask questions and think through assertions. It empowers them to not only think critically but to not fear every time someone tells them unbelieving people go to hell, Jesus is coming to destroy the earth, or Yellowstone is going to explode. Critical thinking doesn’t have to mean diving into books on Socratic questioning or learning logic equations. It can be as simple and profound as teaching a child to ask “how do you know?” and to demand a good answer. Teaching them from a very young age good and bad reasons for believing something. Be warned: You will have to step up your game. No, you don't have to know everything and it's OK to answer with "I don't know". A good follow-up would be "But let's find out!" Teaching kids to question means being willing to question yourself. Don't worry, it's good for us.

Can you imagine a world full of kids who are taught to question like this? High-schools full of teens who were raised to demand evidence and thoughtfulness? Colleges full of adults to whom critical thinking skills are daily used and expected? It’s not that religious parents can’t teach this to their children, it’s that they don’t. Because usually these questioning skills are a threat to a dearly held belief system based on tradition, authority, and revelation.

I can’t help but think how many adults need to hear Dawkins’ message and how much better off the world would be if they did.

I'll end with this quote from Dawkins:

What can we do about all this? It is not easy for you to do anything, because you are only ten. But you could try this. Next time somebody tells you something that sounds important, think to yourself: ‘Is this the kind of thing that people probably know because of evidence? Or is it the kind of thing that people only believe because of tradition, authority or revelation?’ And, next time somebody tells you that something is true, why not say to them: ‘What kind of evidence is there for that?’ And if they can’t give you a good answer, I hope you’ll think very carefully before you believe a word they say.