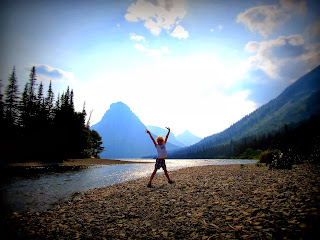 “I do not feel obliged to believe that the same God who has endowed us with sense, reason, and intellect has intended us to forgo their use.”
― Galileo Galilei,

“The Bible has noble poetry in it... and some good morals and a wealth of obscenity, and upwards of a thousand lies.”
― Mark Twain

“If Christ were here there is one thing he would not be—a Christian.”
― Mark Twain,

“Ninety-nine percent of everything that goes on in most Christian churches has nothing whatsoever to do with the actual religion. Intelligent people all notice this sooner or later, and they conclude that the entire one hundred percent is bullshit, which is why atheism is connected with being intelligent in people's minds.”
― Neal Stephenson

“Love is larger than the walls which shut it in.”
― Corrie ten Boom

“…Christianity will go. It will vanish and shrink. I don't know what will go first, rock 'n' roll or Christianity. We're more popular than Jesus now. Jesus was all right, but his disciples were thick and ordinary. It's them twisting it that ruins it for me.”
― John Lennon

“You can safely assume you've created God in your own image when it turns out that God hates all the same people you do.”
― Anne Lamott

“I have a lot of faith. But I am also afraid a lot, and have no real certainty about anything. I remembered something Father Tom had told me--that the opposite of faith is not doubt, but certainty. Certainty is missing the point entirely. Faith includes noticing the mess, the emptiness and discomfort, and letting it be there until some light returns.”
― Anne Lamott

These quotes sum up where my heart is these days. Which would be right in the middle of a conflicting, insane, uncomfortable mess. This holiday season marks two years since we left The Church (tm). Two years of half-heartedly trying a church here and there, searching for something we never found. Two years of being in this limbo place between wanting desperately to belong and not caring if we ever stepped foot in a church again. Two years of a spiritual detox. Of judgment and rejection and hesitant friendships begun and trust trying to bloom again. Of stepping back and seeing this thing called "christianity" with new eyes....the eyes of an outsider.

I am nowhere closer to resolving this conflict over religion in my life. I'm not sure I ever will be. But today I realized something.

I am done. I am done with Christianity in America. I want no more part of it. I have no wise words or inspirational thoughts here. Just weariness and raw honesty.

I look around me and I see nothing about Jesus in Christianity. I see a lot of judgment and cliques and pettiness and fear. I see rules and regulations and church constitutions that have more pages than the book of Mark. I see bigotry and sexism and homophobia and hierarchy. I see "pastors" that look more like powerful CEOs of businesses than servants washing feet. Questions that aren't allowed to be asked. "I'll pray for you" being thrown at everyone that doesn't fit the mold. Conformity masquerading as unity. Insincerity and masks. Weak cliches thrown at broken hearts. Power and control and greed and and performance and who has the biggest church and the best worship team and the most accurate theology.

That doesn't mean I'm done with God. I'm not quite sure where I stand with the idea of God. Walking away from institutionalized religion has caused me to ask even more questions, seek for more answers, and mostly to let my heart rest and be. I'm not any less conflicted about Jesus or why I believe in the God of the New Testament. I'm just OK with the conflict now. If God is who he says he is, he can handle my doubt and questions. If he doesn't exist, then doubt won't hurt anything. If he's some vengeful, sadistic god that won't let you into heaven if you don't pray some prayer then why would I care what he thinks? Obviously I lean toward the first scenario. Mostly out of choice, and partly because there are things I cannot explain and deeply personal happenings and issues that cause me to believe in something higher than myself. And I kinda like that Jesus guy.

My spiritual journey is messy, for sure. And there isn't room for messy misfits in America's churches.
People are leaving The Church in droves, and there's been a myriad of boring articles trying to explain why. Postulating all kinds of nonsense on why those darn Millenials just won't go to church. But why do these hot-shot pastors spewing such things never just sit down and ask. ASK the people who left why they left. Is that really so hard? Or do they even really want to know? Micah from Redemption Pictures put together many heart-rending stories worth consideration.

When asked about leaving the organized system of Christianity, here's what a couple of my friends had to say:

"My personal view is that what frustrates me so much is definitely the man made version of Christianity. My entire life, I have been told what the Bible says, what the Bible means and how it applies to my life. But I am not the only one: our entire western society is dominated by a certain ideology of This Higher Being we call God and what His Book should dictate in our lives. In my opinion, this ideology is completely twisted and lacks basic Truth. I'm not sure what the Truth is but I know what it is not. " ~Naomi


"I am right there with you. I'm sure I'll study Jesus more at some point, but I've just been tired for more than a year and can't even begin to think much about it. Stopped attending church all together about two years ago, now that I think about it. Wow. I barely ever missed a Sunday before that. I think you'll find that the sentiment you shared is not so uncommon anymore. We're hurt, frustrated, and burnt out. Doesn't mean that we don't still want Truth."  ~Amy


"The more I read and question, the more I'm convinced christianity began to lose its way back in the 3rd century when it began to be formalized and politicized and has been on a more or less downward spiral from there." ~Heath


"But this is what concerns some activist Christian leaders, that we are all not attending church anymore, so America is going down the tubes! They don't seem to understand that just because we can't take their institutions anymore doesn't mean we have abandoned God or the Bible. We just abandoned performance." ~Matt


"I got so waterlogged of Bible after 3 years of Bible school (forced by my family because I was "rebellious" and it was that or homelessness,) that I have rarely opened a bible since, six years later. Since I got married we have rarely gone to church and we recently realized we are done with Christianity altogether. We want truth but most Christians do not live out what they claim are their greatest truths (Love God, and love your neighbor, pray for your enemies.) I am not going to be disrespectful of another person's choices or religion. Granted, if something a religion believes is a human rights violation I would do everything in my power to see it stopped, but if I disagree with someone else's path I am not going to mock them for it. How is that loving your neighbor? And yet I see Christians do that all the time." ~Jennyfer


When Christianity is used to justify bigotry, hatred, hitting children, sexism toward women, rejection of LGBT friends and family, bombing other countries, rejecting people we don't like, controlling people, spending money on huge buildings instead of feeding the poor, judging other people, splitting families apart, bondage, wars, throwing away logic and reason.....is it any wonder that many of us are just done? We're tired of trying to reconcile that innate belief of justice and morality that Christians say points to God, with the God we are told is love. It cannot be reconciled and some of us cannot live in cognitive dissonance any longer. The answer is as simple and as complex as that. The institutions and businesses on every corner that people call "church" are nothing like the church I read about in the New Testament. Maybe someday I'll find a group of people that want that pure, simple fellowship in faith, and that aren't afraid to ask hard questions, and aren't afraid of doubt. Maybe I've already found it in many of you I've met online.  Maybe I've found it in the people I meet and walk with every day, some Christians, some not. Maybe it can't BE found inside the stifling walls of a church building. Maybe Love was never meant to be caged like that.

I have no idea what the future holds for my spiritual journey or if I will someday try Church again. I'm open to the idea. But for now, I'm just done. To save my heart and soul, I am done.