About the Romeike Family and What No One Seems to Have Said Yet.

By now, I'm pretty sure the Romeike family is on the mind of every homeschooling family and most conservative Christians. Their trial to find out if they will be deported or granted citizenship is on Tuesday.

Libby Anne has posted a guest post that helped explain the legalities, and someone from HSLDA has offered a rebuttal. I'm not a lawyer and I don't pretend to understand everything that's happening. I know something smells fishy and I feel sorry for this family. But I'm not here to comment on the debate. Because something else is bothering me a whole lot more than this whole legal mess.

In Germany, it is illegal to homeschool. Refusal to put your child in a private or public school can cause parents to be fined, be thrown in prison, and/or have their children taken from them. The Romeike's pulled their kids out of school in 2006, 2 years before seeking refuge in America. They were threatened by fines and legal action and could have lost their children if they had not fled.

Did you catch that? They could've lost their children. They still could if sent back and they refuse to obey the law. It's happened before.

And that is what makes me more angry than anything else in this entire situation.

They and the HSLDA and others I've seen writing their opinions on the matter say it is God's plan for parents to homeschool. Is it then God's plan that they lose their children? Is it's God's plan that someone else raise their kids while they sit in prison and congratulate themselves for standing for "what was right"?

Am I the only one that sees the messed up priorities here?!

Since when is sheltering your kids from evolution and sex education worth losing them entirely?

I'm no lawyer, but I am a mother. And I'll be damned if any of my religious beliefs or political rights are worth the lives and well-being of my children, worth fighting for more than my children. I hope the Romeike's can realize that before it's too late for them.

And if they don't....well....maybe those kids are better off with parents who care more about them than about their religion.

And don't come on here and tell me how heartless I am for saying that. I hurt for this family, the parents AND the children. I am mad at the way they've become pawns to the HSLDA. I am concerned about what will happen if they get sent back. But I am not afraid to stand up and say "wake up, and get your priorities straight". I hope it all works out for the best for them. But most importantly, I hope they realize what they have, their family, is worth protecting, even more than their own rights and religion.

On Being Church Misfits 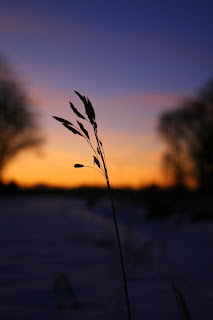 I say that word and so many emotions come flooding in that I don't know what to say next.
You see, I am a church misfit. I'm one of those people that is ever wandering, trying to find a home, a community of Christ-followers that actually follow Christ when it comes to treating fellow believers with grace and their own imperfect humanity with humility.

There's so much talk of grace these days. Grace for sinners, for unbelievers, for the hurting and the weak. But there's not much grace going around for fellow believers. No grace for those who have beliefs that are considered unorthodox. No grace for those desire to worship in their churches but dare to question their beliefs. No grace for misfits.

I'm told there are churches out there that are accepting of differences. I wonder if the people that say such things know what it's like to have differences that are outside the realm of acceptable diversity in Evangelical Land. Because it's been my experience that "acceptance" only goes so far.

Try walking into one of these "accepting" Evangelical churches and saying the word "Egalitarian". Or "Preterist". Or "Theistic evolution". Or *GASP* "Marriage equality". Just try it and see how far "acceptance" really goes.

I think you'll find that acceptance only covers sinners, not saints. Grace only tolerates the unbelievers until they become believers, then a whole new standard is placed on their shoulders. A standard called "Correct Doctrine", defined, of course, by those who think they've got it right.

Conformity or rejection. That was the choice we were offered at our last church. We chose rejection because no matter how painful that is, it's not nearly as soul-crushing as pretending to be something you're not, as stifling your beliefs, your very personhood, just to be accepted. Not as life-killing as acquienscence to a system that goes against everything you believe in.

So we joined the band of church misfits, pilgrims in the kingdom but on the outskirts. Told we are not christian enough for the Christians. We love but are not really loved in return. We are looked at with suspicion and a little fear by those in the pews. We are called names like "unsubmissive", "insubordinate", "liberal", and "backslidden". Our desire for fellowship with other believers is constantly turned away once they find out who we really are. The whispers are hard to ignore:
"They're the ones that don't believe in Young Earth Creationism!"
"They actually think gay people should have rights!"
"They don't agree with the institutionalized church!"
"I heard they refused to submit to the pastor of X Church."
"They think women can actually teach men!!!"
"They ask questions that should never be asked! I've even heard them say they've *gasp* questioned whether God even exists!"

And the pilgrims are turned away, told there is no room in the church for them.

How many times can a heart give everything only to be told it isn't good enough? People say we should just keep looking, that there are churches out there that will accept us. But how many times must we suffer rejection before we find that? I'm only human. I can only hurt so much. I can only take the broken pieces of my heart that have been flung out the church door, gather them up, and put them slowly back together so many times.

There is no grace for the misfits. For the dissenters. The non-conformists. The outsiders. The questioners. The seekers.

The Church is freaking out these days. Decrying the fact they are losing their youth, losing an entire generation. Their numbers are dwindling and they keep trying to come up with better ways to hang onto their members, to be "relevant", to be attractive. But they are overlooking the only way that that will ever happen: grace for the misfits. Tolerance for those who don't fit in their little boxes. Humility in admitting they don't have all the answers and are only human too. Courage to let go of their fear that if they quit trying to control God, He will become something uncontrollable and that that will be a bad thing. Daring to embrace the questions they cannot answer, the doubt they cannot push away with cliches, and the paradigm shift that will take everything they thought they knew and turn it upside down.

We are unacceptable because we threaten the little world they have created for themselves. We threaten the boxes they've made and labeled "God" and "Christianity" and "Doctrine". Our very existence is baffling and unnerving and the questions we ask threaten to upheave everything they believe in. We've jumped out of the boxes are refusing to get back in. So we are rejected and labeled "Not Really Christians", and turned out of the churches, and the places that are supposed to be havens of peace and rest and encouragement become nothing more than men's kingdoms of complacency and safety for those who can't bear the ugliness and harshness and uncontrollability of the real world.

We aren't going anywhere. We are doing our best to bring the Kingdom of God to earth in tangible ways. We are out here in the dark places, loving people, feeding the poor, shedding light and peace, hurting and healing, searching, hoping someday to find others like us so we can stop being so very alone. We will still be here to open our doors to the ones that bravely come to find us when their questions get them booted out of the churches. Even if they were the ones to boot us. Because that's what grace does. That's what misfits do. We are free to love  unconditionally in ways that the church folk aren't. And when the "church" in America finally realizes it's built on sand and comes crashing down, we will be the ones to pick up the pieces left strewn by an institution that tears down, and by grace and faith will put them back together. As we have been doing all along.