I Was That Parent 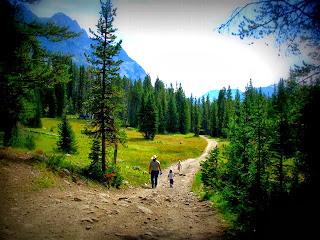 Libby Anne, of Love, Joy, Feminism, has been writing a review of Micheal Pearl's book, To Train Up A Child. Today she got to the chapter on "The Rod". And my heart broke all over again. Those words from that chapter...they are like a knife in my heart. I want to forget I ever read them. I want to forget I ever followed them. This is my story, one I haven't shared in all it's details to many people. One I am ashamed of, that makes me angry at myself, at the Pearls, at spiritual abuse and how it invades and takes over every aspect of your life til life itself is choked out.

I was one of those parents convinced by this book that if I didn't spank my child, I didn't love them. I was convinced that I was just emotional and needed to "toughen up" (something Micheal says to mothers throughout the book), that this was what my kids needed to turn into good people.  That if I didn't follow Pearl's advice, my kids would be delinquent perverts. That if I didn't "win" every battle, we'd all lose. But the fact was, we all lost anyway.

I had my first two babies in one year, 11 months apart. Both high-needs, one later diagnosed with ASD. Before I had them, I had read everything the Pearls ever wrote. It made perfect sense to my teenage mind and I was determined to raise my kids this way and reap the promised benefits. Then I actually had kids. And it all went downhill from there. I started to lose my resolve to spank/swat into submission for every infraction when my oldest was around  9-11 months.  She was so young and stubborn and, try as a may, I couldn't completely turn off my conscience. I started to become sporadic with my punishment since it seemed all we did was battle with our baby, and started picking my battles because it didn't seem like I ever won and we were exhausted and I just flat-out didn't think I'd have to spank so much before I had her. The Pearls and others say that if you train early and consistently, then your child will be sweet and submissive at an early age, but it didn't seem to be working. I thought maybe I wasn't doing enough "training sessions" like they say to. I felt so guilty for co-sleeping just so we could sleep and baby-wearing so I could get things done (as opposed to "blanket training" which just seemed pointless to me). I just knew that I was setting us all up for failure for letting my baby control me and not training her better when she was young. But I excused myself because I was pregnant and sick and tired. My resolve was renewed when my 2nd baby was 6-12 months old and I remember with heart broken how I spanked her for not eating her food, thinking I had to or she would be spoiled and I would prove that I'm a wimp and hate my children. (When she was later diagnosed with ASD and SPD, I realized that texture mattered to her and there was no way she would eat certain foods. She is 6 1/2 and still extremely picky, something I came to understand as normal for a child like her, for most kids actually.) I remember not feeding my baby, like they said to, because she wouldn't eat what was offered to her, supposedly teaching her I was in control of her food and pickiness wasn't allowed. Thankfully, mother's intuition kicked in after her 3rd missed meal and I caved and fed her, somehow knowing she would starve herself before she ate something she didn't like. Again, feeling guilty and like a failure. Conflicted because part of me even then was thinking "fuck this shit" as part of me still hung onto it as "God's best way".

Somewhere after that time, around the time my 2nd daughter was 2 1/2 and diagnosed with autism, I gave up. I stopped pouring over the Pearl's books, trying to figure out what I was supposed to do. I started researching childhood development and working with therapists and behavior specialists for my daughter. A whole new world opened up to me as a parent. I began to work *with* my children's development instead of against it. And I was appalled I had ever thought the Pearls knew what they were talking about. Everything they advise goes against all common sense and science and child psychology and understanding of childhood development. I was appalled I had been so ignorant, had ever done such things to my children in the name of love, in the name of following God, in the name of good intentions. All the good intentions in the world cannot erase my guilt for those few years. Guilt that has since turned into righteous anger. I went from feeling guilty that I didn't follow their advice to feeling heartbroken that I ever tried.

Much research and a lot of experience later, I am now a complete believer in positive, respectful parenting and a die-hard attachment parent. It's my natural parenting style that I had stifled because I read in those books that it was wrong and worldly and my kids would end up in hell if I followed anything else. Well, if this is hell, bring it. Our family is so much more peaceful and I actually like my kids, and I am free to be the parent I want to be and they are free to be children. Where there was once expectations of perfection and antagonism, there is now only love, grace, mercy, and unfinished parents and children who are walking this journey together, on the same team. And we are all so much happier for it. I'm so glad we gave up on "the only perfect way to raise kids" before they were old enough for much damage to be done. We haven't spanked our children in years, one has never been and never will be, though we were still hanging onto spanking in the back of our heads as something we might use in drastic situations while finding other means to communicate with our kids. About a year ago, we consciously swore off ever hitting our children again. I fully believe that parenting can be done with respect, that children are people too, and that spanking is very damaging, no matter how you do it or how much you love your kids. There are much better ways to raise good people.

And, can I be brutally honest here? Fuck Micheal Pearl and his stupid, destructive books. I despise them with all that is within me. I will not stop speaking out against their damaging advice, telling my story, hoping that other parents and children might be spared. Children have died because their parents followed these methods. And it's not hard at all for me to see why. It could've been my own story. Thank God I couldn't quite stifle my conscience and instinct and natural love enough to follow their advice perfectly for very long.

People who were not raised as I have asked with disdain how anyone could follow such abusive methods. They shake their heads at the horrible parents that would ever practice such things. And I try to explain the ideas of spiritual abuse, brainwashing, and toxic faith in a system that teaches "do what we say, or your kids will go to hell". The control by fear. I cannot justify blindly following someone out of fear, and even now I only blame myself for choosing to follow a method that hurts, but I do understand. I understand that parents who love their kids and have the best intentions can do the worst things and follow bad advice. I understand that many parents think they are loving their children while abusing them. I do not justify them or me, but I get it. I hurt for them. I am angry on their behalf, on my behalf, and for our children.

Libby Anne's conclusion of the matter hit me like a ton of bricks:

"This is toxic. This is how Michael convinces otherwise gentle and loving parents to beat their children with plumbing supply line. I really don’t know what else to say here except that this section is so toxic it takes my breath away. What Michael is doing is telling parents to turn off their consciences and their natural human love for their children, because beat their children they must. We like to think of child abuse as something that is only done by angry, hateful parents. Sadly, because of books like this, that is not true. "


She couldn't have been more agonizingly correct.