On Women and "Protection" 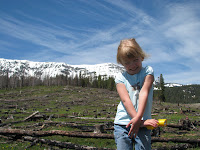 There’s something troubling me about a teaching going around. I’ll probably be preaching to the choir here but on the chance that someone reads this who has swallowed said teaching, I need to give them a dose of reality.

The teaching goes something like this: Girls need protection, physical and spiritual. That’s why they need to stay home under their father’s protection until they can be safely entrusted to their husband’s protection. The extent to which this is fleshed out is different from family to family, but that’s the jist of the teaching.

So what about it? This idea of women needing “protection” is being used to keep them from going to college, getting jobs, and going on missionary trips, among other things. They are told that they are gullible, weak-minded, easily led, and not to be trusted on their own because they are easily deceived and taken advantage of. They need a strong man to come between them and the world.

Besides the fact that I see absolutely no scriptural backing for this idea, I can’t help but think that whoever came up with it doesn’t live in the real world.

I've heard so many use this as an excuse for why a woman shouldn't go off to college. Because then she'll be "alone" and without protection. What if her car breaks down? What if she has to go shopping in a bad part of town? What if something goes wrong and Daddy isn't there to rescue her? Or a shady mechanic tries to rip her off?

My husband's a trucker. I'm "alone" from about Sunday afternoon to Friday afternoon every week during the summer. I have to fend for myself and three kids. I sleep alone, a gun nearby, knowing there may come a night I'll have to use it (and trust me, I can use it better than most men I know). I have to make all the decisions on how to run my house alone. I have to be mature and interact with the world around me (including men and atheists *gasp*) alone. I have to be discerning all by myself, able to judge right and wrong, wise and foolish. If I break down on the side of the road, my husband isn't there to "protect" or rescue me. I have to deal with it as if I were single. I have to be strong and capable and mature and independent every single day. My husband leaves every week depending on me to be all these things and more. If I had an emergency, it could be 12+ hours before my husband could get to me. He didn't need a girl who needed to be coddled, needed someone to make decisions for her, needed to be "led" and guided in daily interactions like a child. He needed a mature woman who could handle an imperfect life. And it's a darn good thing that I didn't spend my growing up years thinking I needed a man to handle my life or come between me and the big bad world. I had to learn how to be a functioning part of society and take care of myself and others. My family's well-being depends on this.

I know girls who weren’t allowed to go grocery shopping, in a safe small town, without their dad or big brother for “protection”. They weren’t allowed to go anywhere without a man, for that matter. Their view of the Big Bad Men in the world they needed to be protected from has grown into a paranoia. They’re scared of their own shadows. They think all men are out to rape them or take advantage of them. And they truly believe they are gullible, weak, and cannot handle life on their own, because that's the line they've been fed all their lives. It's become a self-fulfilling prophecy.

As my friend, Christi, said in comment to this idea:

"This is exactly what patriarchy wants us to believe, that women are weak-minded things incapable of avoiding dangerous situation. I lived alone ...and I never found myself in a compromising position. And how would a predator know whether a woman lived at home with her parents, or with her husband, or lived "alone" (with roommates)?

And while we're talking about this, why don't people realize that homemakers are some of the most "alone" and vulnerable women out there? You seem to not realize that married young women have to do the exact same things that young women who are away at college have to do, and more. I have to go out and do my shopping alone, just like a college girl would (though I imagine that college girls get to carpool together). What's more, I'm even at home alone. I'm pretty sure that I'd really be better protected on a college campus since I'm alone during the day (and night, since my husband works until 11 PM) and have often had to interact with strange men, sometimes even inside my house, while my husband is at work. Apartment maintenance men, internet guy, phone guy, UPS man, door-to-door salesmen, etc. Oh, and it's usually my job to take our car in for repairs and oil changes. Car repairmen are actually pretty nice, or maybe it depends on where you go (which again, is simply a matter of making an intelligence choice).

I mean no disrespect to my husband when I say this but, he's really not here a lot to protect me because he's busy working a full-time job in addition to being a full-time student. My marriage license doesn't really afford me any more physical protection than I had when I was single."

You see, it is complete folly to train up a person to be completely dependent on another person. You have no idea what their life is going to be like. No idea what skills they’re going to need to provide for themselves or the people they love. No idea if they will get married, then widowed. Or even if they will marry at all. To raise a girl with the belief that she is weak and needs a man to be her mediator in life is to cripple her for life. To render her ineffective to do anything for herself or for the God that she's supposed to be "glorifying".

I know girls my age who are single and still at home with their parents, being told that they need to be "protected" and watched over until they get married and all that jazz. But guess what? I'm married and I'm still on my own. Age and marital status aren't the magic keys to a perfect life. They are just used as excuses for controlling the lives of these girls. Real life doesn't look anything like what the Patriarchy crowd are trying to say it does. Their view is way too narrow. Ask a soldier's wife. Or a trucker's wife. Or any woman who is married or single and has to be a mature adult and deal with the world on her own. Whose husband and children and lives depend on it.

I love it when my husband is home and able to take care of things so I don't have to. I love being cared for and knowing that I don't have to do everything by myself. I love feeling loved and protected by my man, just as much as he loves me caring for him. I love sleeping peacefully at night, knowing he's right there and I don't have to be so alert. But I also love knowing that should he not be there, I can still take care of myself and my children.

One last thought. You know that popular verse in Proverbs 31 that says "Who can find a virtuous woman? For her worth is far above rubies."??? Go look up the Hebrew word translated "virtuous". It's most often used in the OT to describe might, strength, fighting men of valor, army men, efficiency, wealth, strength and force. It is translated all these ways: army 56 times, man of valour 37 times, host 29 times, forces 14 times, valiant 13 times, strength 12 times, power 9 times, substance 8 times, might 6 times, strong 5 times, and a few miscellaneous words. Gives you a rather different picture of what a "Proverbs 31 woman" looks like, doesn't it?
Posted by Darcy at 1:16 PM

"We're all stories, in the end. Just make it a good one, eh?" ~The Doctor
"We need a witness to our lives. There's a billion people on the planet... I mean, what does any one life really mean? But in a marriage, you're promising to care about everything. The good things, the bad things, the terrible things, the mundane things... all of it, all of the time, every day. You're saying 'Your life will not go unnoticed because I will notice it. Your life will not go un-witnessed because I will be your witness'." ~ From Shall We Dance?

"To laugh often and love much; to win the respect of intelligent persons and the affection of children; to earn the approbation of honest citizens and endure the betrayal of false friends; to appreciate beauty; to find the best in others; to give of one's self; to leave the world a bit better, whether by a healthy child, a garden patch or a redeemed social condition; to have played and laughed with enthusiasm and sung with exultation; to know even one life has breathed easier because you have lived - this is to have succeeded." ~Ralph Waldo Emerson
All that is gold does not glitter,
Not all those who wander are lost;
The old that is strong does not wither,
Deep roots are not reached by the frost.
~J.R.R. Tolkien